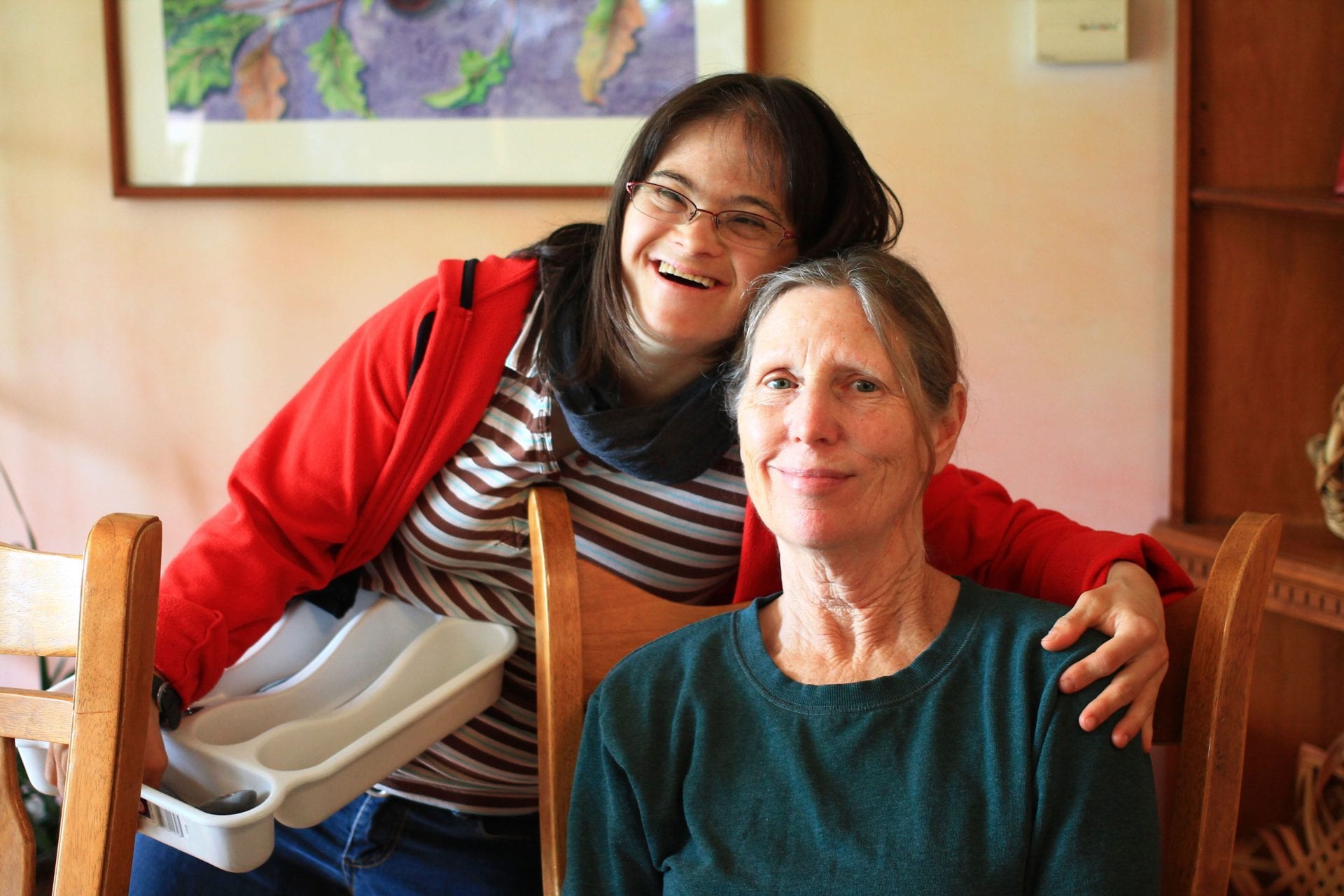 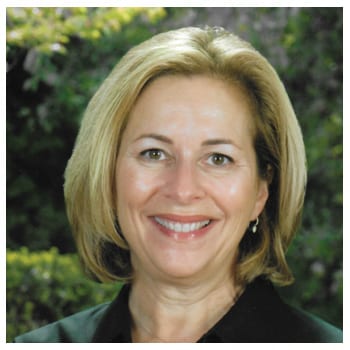 Amy Rubenstein is the sibling of a long time companion of Camphill. She and her family have been involved with Camphill Soltane and the Foundation for over 20 years. After a 22-year career in advertising, Amy embarked on her second career as a special educator. She lives in Chappaqua, New York with her husband Steven and their two children, Jake and Perri. 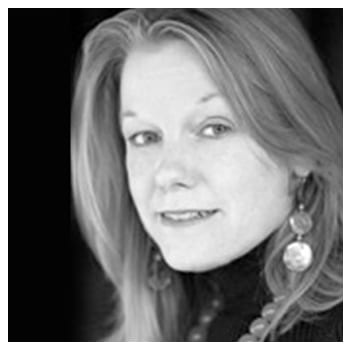 Florie is the General Manager of the Manhattan Theater Company. She began her theatrical career in 1985 as an assistant to producer Jim Walsh on the long-running Broadway hit, I’m Not Rappaport. As a company manager, she oversaw such shows as The Heidi Chronicles, Once on this Island and Conversations with My Father. From 1993-1996, she served as company manager at Lincoln Center Theater, where her projects included The Sisters Rosensweig, A Delicate Balance and The Heiress. She was an associate general manager at Stuart Thompson Productions from 1996-2000, where she worked on Skylight, A Doll’s House, Diary of Anne Frank, Not About Nightingales, Tale of the Allergist’s Wife and tours of Art and Master Class. From 2001-2005, she was associate producer at Disney Theatrical Productions, where she was responsible for general managing projects in development such as The Little Mermaid, Tarzan and On the Record. In 2005, Florie was appointed as General Manager of the Manhattan Theater Company where she continues to serve. She holds a B.A. from Smith College. 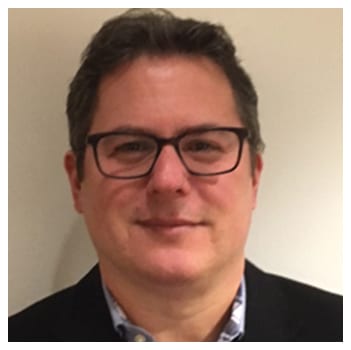 Scott is currently an independent consultant working with companies in the education and entertainment industries. Since 2007 Scott has served as Chief Financial Officer for several companies and prior thereto held various financial positions at New York Life Insurance Company. Scott earned a Bachelor of Accountancy degree from The George Washington University, a Masters in Business Administration from New York University and is a Certified Public Accountant. Scott, his wife Pam and their two kids live in Irvington, New York. 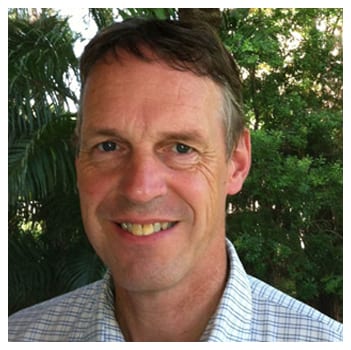 Originally from the Netherlands, Kerst studied mechanical engineering. In 1990, after working and traveling in the Middle East and Latin America, Kerst and his wife Carla came to Camphill. The couple spent 8 years in Camphill Botton Village and Oaklands Park in Britain and in 1998 they moved to Camphill Village USA. For nearly 20 years Kerst has worked in Camphill woodshops, and has also spent many years involved with Camphill finances. Kerst and his wife have raised two children in Camphill and Kerst is currently part of the Camphill Village USA Focus group as well as a house leader in the community. 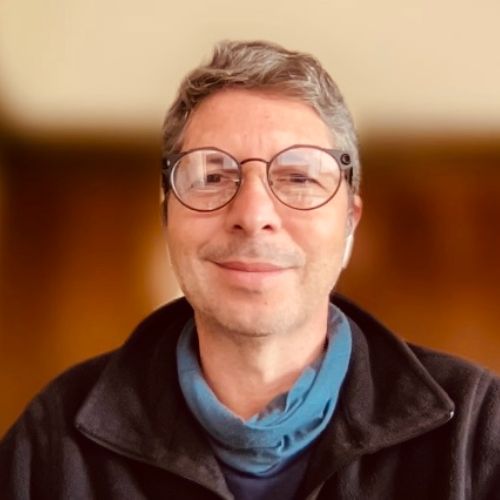 Pablo is a software engineer, and a father of two children. Together with his wife, Olga, and Lina Reina, he founded Camphill Agualinda in 2013 in Colombia. Pablo divides his time between software development, the stock market, his family, and of course Camphill Agualinda. 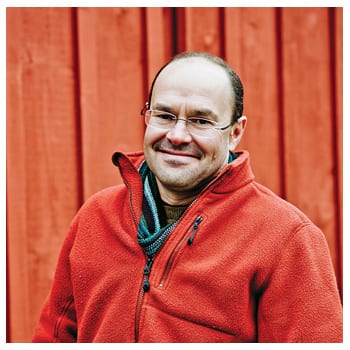 Guy Alma combines a background in social science and administration with 17 years of experience working with adolescents with developmental disabilities as a house parent, pre-vocational instructor, and high school classroom teacher. He is certified in youth guidance and special education, as well as trained in group work, facilitation, conflict resolution, and organizational development. He has served as The Camphill School’s Director of Development since 1998. 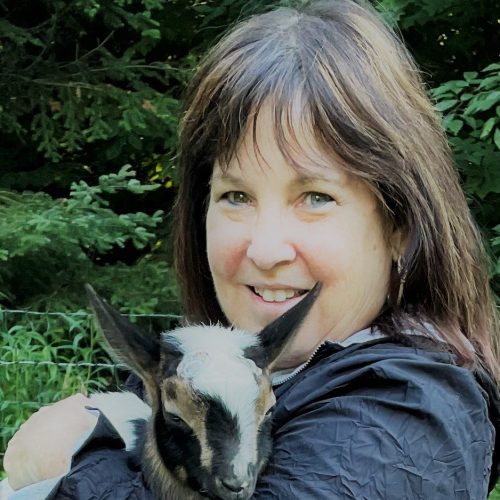 Mindy has dedicated her entire career advocating for people with special needs in New York State. Through this work she had the opportunity to visit Camphill Village in Copake, which left a lasting impression. She is currently working with a court appointed monitor on a class action lawsuit settlement agreement that gives people with disabilities, living in certain adult care facilities in New York City, the opportunity to live in their own apartments with supports. She is a naïve New Yorker who is currently living in Saratoga Springs, New York. 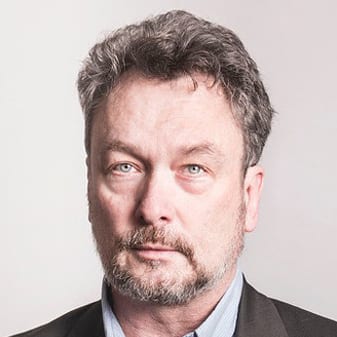 Michael is an Edwin Erle Sparks Professor of Literature at Pennsylvania State University, where he directed the Institute for the Arts and Humanities from 2010-2017. He is the author of ten books to date, including Life as We Know It: A Father, A Family, and an Exceptional Child (Pantheon, 1996), about his son Jamie, born in 1991 with Down syndrome, and What’s Liberal About the Liberal Arts? Classroom Politics and “Bias” in Higher Education (W. W. Norton, 2006). In 2016, he published The Secret Life of Stories: From Don Quixote to Harry Potter, How Understanding Intellectual Disability Transforms the Way We Read (NYU Press) and Life as Jamie Knows It: An Exceptional Child Grows Up (Beacon), the latter of which was written with extensive input from Jamie himself. 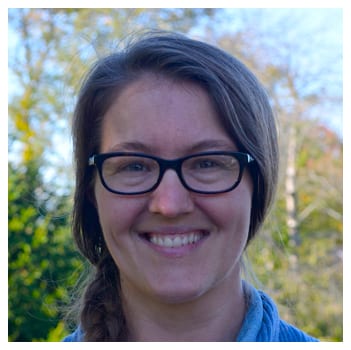 Rebecca joined Triform Camphill Community in 2004.  After graduating with a BS in Human Development, Rebecca first found her way to Triform through Americorps.  This meeting resounded with the calling she felt to working with people with special needs, and also inspired a new commitment to living out social, economic, and creative initiatives within a spiritually striving community.  She currently lives in a big and lively household with her husband and two children.  She contributes to the community in many capacities, including Householder, Focus Group member, Director of Compliance, and enthusiastic idealist with great hopes for the future. 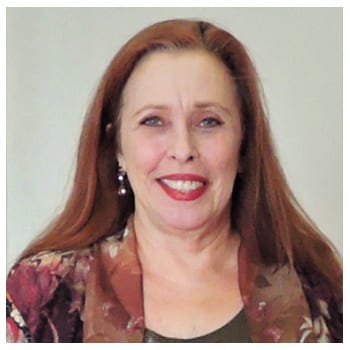 Carol Fernandez and her husband Roberto have a son, Alejandro, who has lived at Triform Camphill Community in Hudson, New York for more than four years. Carol is a retired criminal defense lawyer concentrating in representing children in the court system. After graduating from the University of Arizona College of Law, she began her legal career as a public defender in Chicago and later moved to the Boston area. Carol is active in advocacy work on behalf of both Triform and Camphill. 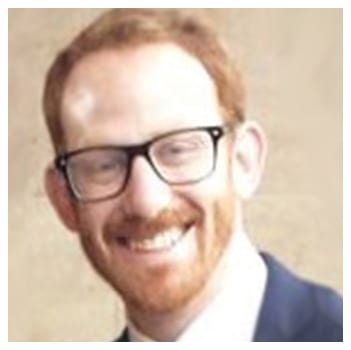 Adam is the Campaign Manager at Roomi, a free platform that helps people find flexible, affordable co-living solutions. He is also an experienced political and organizing professional, with a specialty in education advocacy. Throughout the course of his career Adam has managed large-scale candidate, issue organizing and corporate marketing campaigns leading to the successful election of various office holders, the passage of meaningful legislation and demonstrable company growth. Prior to beginning his career in politics, Adam taught for two years in New Orleans as a Teach For American Corps Member. He holds a Bachelor’s Degree in history and political science form the University of Michigan and is currently pursuing a Masters Degree in Public Administration from NYU’s Wagner School of Public Service. Adam’s brother Max spent much of his childhood at Camphill Special School and now lives at Heartbeet Lifesharing in Hardwick, VT. 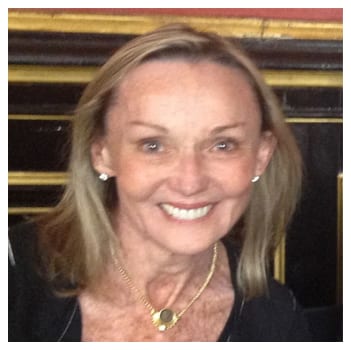 Peggy is an currently an angel investor with Golden Seeds, an organization
focused on supporting female entrepreneurs. She is a CFA with over 30
years of experience in the finance, including positions in equity
analysis, investment banking, and corporate finance. She has became
acquainted with Camphill through Le Beal, a wonderful community in France
that she has long admired. Currently, Peggy lives in Boston where she is
a mentor to women entrepreneurs, an avid tennis player and Patriots fan 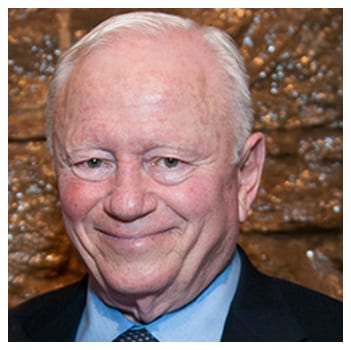 Bill is senior partner of a New York law firm specializing in complex matrimonial matters. He and his wife, Betsy, who was recently Treasurer of the Beaver Run Foundation but passed away in March 2020 from Coronavirus, were staunch supporters of Camphill for years since their daughter became a student at Beaver Run. Bill is a former President and is still a member of the Boards of both this Foundation and the Camphill School Beaver Run Foundation. Betsy was lovely, all who knew her, and will be both greatly missed and very fondly remembered. 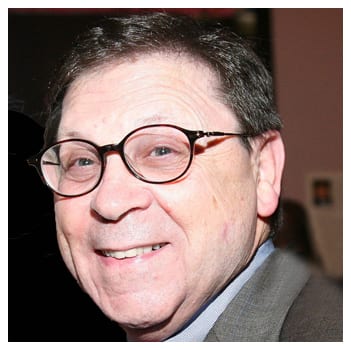 Jerry has been on the Camphill Foundation board for 16 years. He is currently an at-large Trustee of the Camphill Association of North America and investment advisor to six additional Camphill communities. His undergraduate and graduate degrees are in the field of philosophy. Jerry entered the investment world through Merrill Lynch in 1977 and founded his own financial planning and investment advisory practice, Arista Investment Advisors, Ltd in 1984. He earned the CFP® designation in 1988. Arista has offices in Albany, NY and Honolulu, HI, where Jerry lives. As part of his lifelong study of the world’s great spiritual traditions, Jerry teaches workshops in meditation, self-transformation, and the spiritual nature of money as the carrier of social and communal vitality. Jerry tenaciously holds on to the dream of reviving his high school and college garage band, where he was a wannabe lead guitarist. 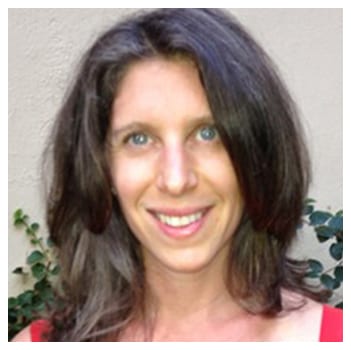 Jennifer, a businesswoman and lawyer, recently co-founded a healthcare technology company that will give consumers the tools to learn the true cost of their care and the extent of coverage under various insurance plans. Previously, Jennifer practiced law as a class action attorney litigating consumer protection cases in the areas of healthcare, pharmaceuticals and banking. She has been inspired by the many examples of independence and solidarity in the Camphill communities she has visited. She lives in Stamford, CT with her husband, Kevin O’Brien, and her two children, Benjamin and Abigail. 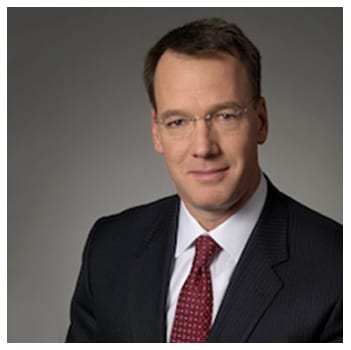 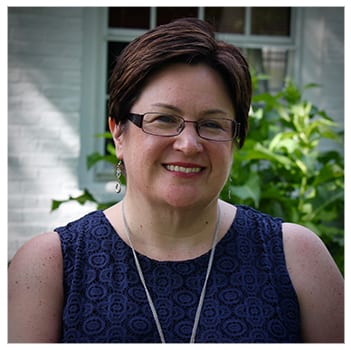 Karen joined Camphill Foundation as executive director in 2018. Karen previously worked as director of operations for the Fellowship of Reconciliation in Nyack, New York, and at strategic fundraising consultancy CCS Fundraising. Karen brings to Camphill Foundation a unique set of experiences and perspectives gathered through direct work with and for people with disabilities and mental illness. A native New Yorker, Murphy has a Bachelor of Arts degree in theology and philosophy from the University of Scranton and a Master of Arts degree in theological research from Andover Newton Theological School in Newton Centre, Massachusetts. 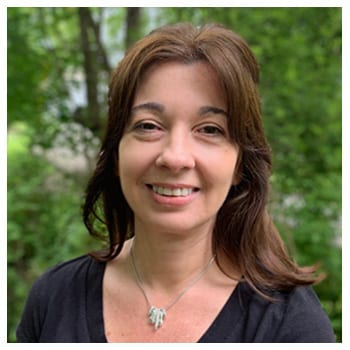 Catherine handles donation processing, bookkeeping, and office administration. During her career, she worked for several large corporations in the commodities industry. More recently, Catherine moved into assisting small local companies and nonprofits with finance services. She lives in New City, NY, with her husband and triplet children. 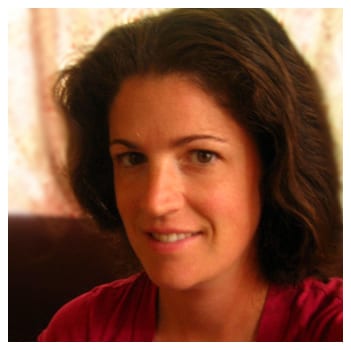 Erin has worked exclusively in the non-profit sector with a background in donor cultivation, communications and events organization. Her role at Camphill Foundation has grown and expanded over her 10 years of employment so that she is now responsible for producing all graphic work in-house while also coordinating all related communications projects. Erin works remotely from St. Petersburg, Florida.